A golden age of prosperity

King Georges’ I – IV ruled the United Kingdom continuously from 1714 – 1830. Known as the Georgian age, it became a time of massive expansion. Before the Georgian age, our nation was largely agricultural, yet by the end, Britain had become the workshop of the world and mother country to the largest Empire in the history of the world. The race to industrialise changed everything, and in many ways it started a revolution, giving birth to towns and cities as we know them today.

Two hundred years after The Old Hall was built, Gainsborough appears an interesting and growing place of trade. The township was primarily organised around the area we would recognise today as the town centre, with major inhabitations in close to The River. To the south, the town extended no further than half way down Bridge Street, to The Pillared House, which was rebuilt after the Civil War and to the north, beyond the Old Hall is open fields. By this time, the two principal families associated with Gainsborough; the Hickman’s and the Anderson’s have been joined in marriage and the town was about to begin a new golden age in its fortunes.

At this time, many of the buildings in Gainsborough would still have been timber framed in character. By 1720, the Old Hall had been abandoned as a home in favor of a new purpose built mansion at Thonock. Later, the great fire that could have so nearly engulfed The Old Hall, led to the town being largely rebuilt in the style we have come to know as Georgian. Pre-Georgian buildings that survived the fire in what was Pottergate, and still stand today include; The White Hart Hotel and Batty’s fruit & vegetable shop. The restoration was funded through the Hickman’s who as Lords of the Manor renamed this area Lord Street to mark their benevolence.

By 1730 The All Saints Parish Church was considered “too dark and mean and incommodious” to meet the needs of the town’s growing population and a decision was made to build a new church. The chosen architect was Francis Smith of Warwick, who worked with James Gibbs, one of Britain’s most influential architects, and designed amongst others; St. Martin-in-the-Fields and St. Bartholomew's Hospital. The All Saints opened for worship in September 1744 and is Grade 1 listed, together with its neighbour The Old Hall, where in 1759, John Wesley paid a visit to preach, commenting that “it was filled with a rude, wild multitude”. That same year, Eastland Hawksmoor had just built another iconic Georgian Building that today stands, opposite Marshall’s Yard Retail Park. Mr Hawksmoor’s building, later the County Court, would have overlooked Foulston’s farm in 1759. Other Georgian treasures that could easily be missed include; Elswitha Hall, birthplace of Sir Halford Mackinder, today known as Caskgate Street surgery, The Lindens, the former Dower House of the Anderson family of Lea, today, office to CPA Ethical Wealth and Gainsborough’s only bridge over the River Trent, built in 1791 by William Weston.

By the time of the early 1800’s Gainsborough had reached a new golden age of prosperity. Although much of Georgian Gainsborough was lost in the latter half of the 20th century, there is still much to celebrate. The architectural style of this era was even re-created in much later buildings such as The John Copeland Hospital and The Post Office. The Duke and Duchess of Cambridge have recently named their first son George Alexander Louis, thereby creating the promise that a new Georgian age will dawn once more.

The Demolition of Lea Hall

“Progress” is often cited for changes, but often it is near impossible to understand why some quite spectacular buildings actually did vanish?

One such building was the country house Lea Hall, the ancestral home of The Anderson family of Lea. Demolished only in 1972; I find it inexplainable how consent to remove such a historic country house was granted?

These events prompted The Delvers to realise that even recent history that has been obliterated in Gainsborough, perhaps needed a physical record. This idea gave birth to the Delvers blue plaque trail, which commenced in 1997, one hundred and ninety years after Thomas Miller’s birth, with the very first blue plaque marking the location of Miller’s birthplace in Bridge Street. More recently, both Lea Hall and The Lindens have been dedicated with a Delvers Blue plaque.

The Delvers are currently working on a new guide that will tell the story of all the blue plaque erected to date with details of the stories behind them. The pace of change, and many of the buildings that the town has lost are featured in All Our Yesterday’s, a bygone reflection of Old Gainsborough. 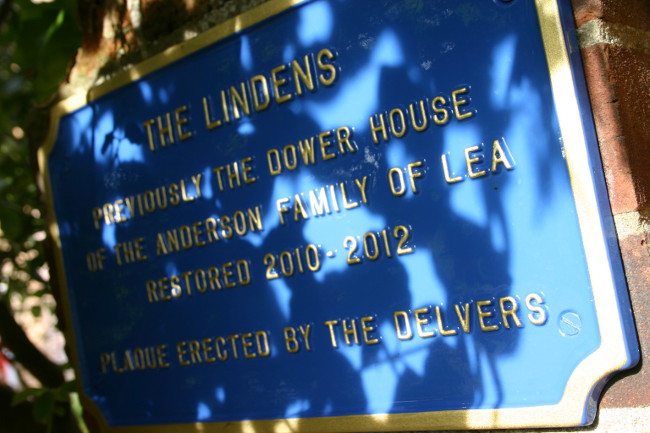 Back in the 1970's, Miss Marylyn Webb made local TV history when she became "the face of Yorkshire TV", reporting on news and affairs throughout the Lincolnshire region. On May 28th 1973 she accepted an invitation to open Lea Park, at Lea village, near Gainsborough and was overwhelmed by over a thousand people that gathered to see her in what had been the ornate gardens of Lea Hall, the ancestral home of The Anderson family. The historic day was marked with a stone tablet which was sited on the old Butler’s Pantry of Lea Hall. 40 years on, a much smaller crowd, which included locals and with a number of people who attended the original celebrations, assisted by the Delvers, re-united Marylyn who stood on the original site, where a new blue plaque was placed, next to the original stone tablet that marked that notable date in local history.

After retiring from Yorkshire TV, Marylyn became involved in garden design working at stately homes and country houses such as Harlaxton Manor near Grantham. 40 years ago Marylyn had no knowledge of the history of Lea Hall and the Anderson family who lived there - but now she has, and she is fascinated to know more!

After the new blue plaque had been dedicated, memories were shared, such as when the Hall became a convent school (pictured) in the 1950-60's before it was abandoned. 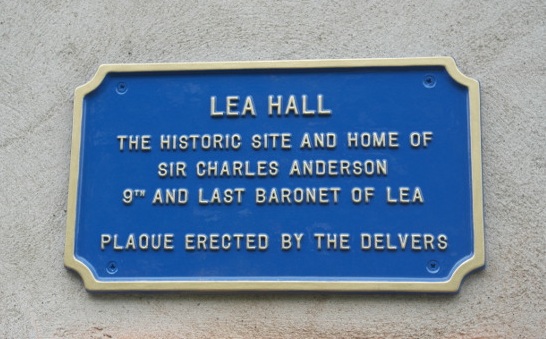 The Georgian Group visits The Lindens

Of all my favourites from the town's past, Thomas Miller, born at Georgian Gainsborough in 1807 tops my list. Miller's childhood was riddled with bouts of poverty, yet against all the odds, Thomas Miller would make a significant literary contribution as a working class author. Through his writing he helps us reach out and touch the past. As a local historian, for me Miller is the link from the Georgian age to Victoriana.

His early memories recall going "tramping" on adventures to Lea with his playmate friends, visiting the Anderson family.

By 1835, Miller was living in the capital. His novel "Gideon Giles The Roper" of 1841 highlights a a tale of unjust laws and oppression set against the backdrop of TrentSide valley. It is this area and more specifically, Miller's Gainsborough, that I am looking forward to discussing in a talk to members of The Georgian Group at The Lindens.

This event, also plans to visit The All Saints Parish Church, Knaith Hall and Burton Chateau. 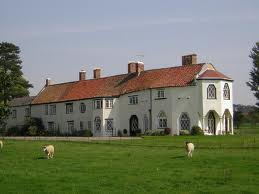 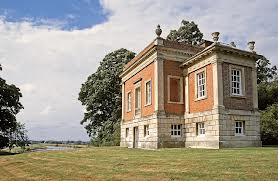