The Lindens was built by The Anderson family on the outskirts of their Lincolnshire county house, Lea Hall, when the family relocated from Yorkshire in 1783. The 8th Baronet was The Revd Sir Charles John Anderson who held the titles for nearly 50 years. He married Frances Mary Nelthorpe of Scawby in 1802. In 1819, while alterations were being made at Lea Hall, the Anderson's lived at The Lindens for two years, which was subsequently extended with an adjoining property, part of which was later used as the village reading room. 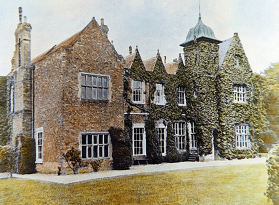 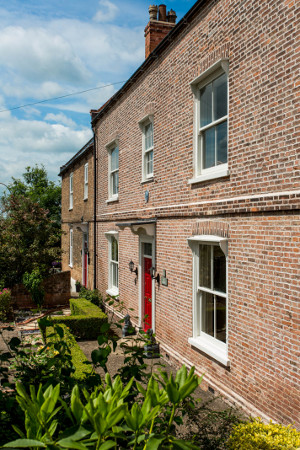 The 9th & Last Baronet was Sir Charles Henry John Anderson who was born at Lea Hall in 1804. He was a dynamo of history, architecture and justice, and although he had six children, three boys and three girls by his wife Emma Foljambe, he would die without an heir in 1891, leaving his eldest daughter, the spinster, Emma Theodosia at The Lindens.

On the eve of the First World War, the very last living links of The Anderson family and Lea village were broken and on the 6th November 1913 the whole of Lea Village, including the Hall and The Lindens were put up for sale by Margaret Duncombe-Anderson the granddaughter of The Last Baronet. Lea Hall was latterly used as a school, before it was abandoned and put up for sale in late 1960's. Subsequently purchased by Lea Parish Council, Lea Hall was demolished in 1972, only The Butlers Pantry remains. The Lindens was saved through a two year extensive private renovation programme by 2012 and blue plaques have now been placed by The Delvers local history group to mark both the former historic sites associated with the Anderson's.

All of the publications by Darron Childs can be ordered through this website. To request your copy, please click the options available below and complete the contact form.